In the age of the Internet, many parents and teachers are faced with the question, “Is my child too young to publish on social media?” However, technological literacy is a valuable skill that encourages children to grow from an early age. In fact, many experts advocate early exposure of computers to prepare students for school. However, there is a difference between technical education for academic purposes and social media literacy. However, I want to share with you in this article, advantages and disadvantages of social media to children.

To understand a computer, you usually need to master the academic and business applications that a computer requires. Typing, spelling, grammar, Microsoft Word, Excel and PowerPoint skills are considered valuable knowledge for young people. But the era of computer literacy is increasingly bringing about the presence of social media as a prerequisite for better social life.

Social media has given children the ability to think more deeply about the things of life. Posts and comments on social media give teens a variety of perspectives and opinions. This is a good way to see discussions and dialogues about the problem. Sure, it’s not always good or healthy, and people can be rude, but it can help teens see things from the perspective of others.

2. Great Way To Learn Some Skills

In general, in order to have a successful career and life, one needs to have skills, and that’s where social media can really help. Social media has specific accounts designed to help teens develop skills that really help them when they start job hunting or apply for college.

3. Can Teach Them About Money

As far as money is concerned, social media can actually be a great resource for teens. There are many examples of children starting very profitable businesses using social media platforms. So this is probably also a great way to learn about business, sales, advertising, and how they all work.

There are many people who make interesting things and sell them online. Some writers use their Facebook pages to promote the stories they are working on. There are also many social media influencers who can make money from their posts. Learning about money and how to use it intelligently is a good idea for children and this is a good way for them to learn about it

Social media can actually help you gain more creativity than if you didn’t have the ability to access social media. This is usually a place for people to discuss their goals and ideas, helping others to come up with their own ideas.

Social media effects on children is really useful when it comes to educating children. The social media platform helps teens find answers to educational questions that may or may not be covered at school. This gives teen’s access to advice from experts in different disciplines without asking anyone. This is great because it informs teens more about a particular subject than it would otherwise. Education and social media are inextricably linked.

Disadvantages of social media to children:

Cyber bullying is a very serious issue and can be encountered when teens (and others) are active social media users. Cyber bullying began long before social media apps and websites became widespread, and these made it easier for teens to bully one other.

This is one of the reasons some parents keep teens as far away from social media as possible. Many people use social media to spread cruel lies about others. Some adults don’t care and can just dismiss it. However, children are usually very much affected by such things.

2. Can Be Too Focused On Appearance

When a girl posts her photo online, the following comments usually focus on appearance. This allows teenage girls to feel that their appearance is paramount. Many teenage girls are still not very confident, so social media doesn’t really help in that regard.

It can make some girls feel more beautiful, but it can also make others feel unattractive, which can have many negative effects over the years to come. I have. In any case, this can make people think that the appearance of a girl is important, but that’s not true.

3. Think It Defines Them

Teens post a lot of information about themselves to their social media accounts. Young people are always trying to find out who they are. That’s another thing the internet can help them with.

But the downside is that it can also make people feel like they don’t like them. If you don’t get enough likes to comment on your photos and posts, some people may feel like you hate yourself and can have a serious impact.

Social media can give people a lot of exposure, which can be as bad as good. Older people are usually much better at dealing with this than children, as they are just beginning to understand who they are.

Anyone who has ever used social media knows that it can seem to do the worst for some people. It seems that some people are more comfortable when they are behind the keyboard than when they talk to someone directly. It’s very unwieldy for young people.

Social media is an undeniable wave of the future. This new method of interaction has many positive and negative consequences. The best way to help children navigate this new world is not to deny it or overwhelm them. The word is “balance”.

There needs to be a balance between the academic, social and physical development of young people. Parents and teachers should strive to help their children achieve this healthy balance by encouraging physical activity away from the computer screen.

The Impact of staff motivation incentives on productivity

How to operate a profitable fashion agency 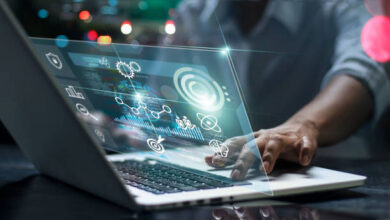 Importance of software development in business

What Cyphor Technologies Can Do For You: The Ultimate Guide

How to use technology in your business

How Amazon’s Operations Technology is Changing the Retail Industry

Tips to Help You Find the Best Boating Technology

Trending Posts
Latest Posts
Facebook Twitter WhatsApp Telegram Viber
Back to top button
Close
We use cookies on our website to give you the most relevant experience by remembering your preferences and repeat visits. By clicking “Accept”, you consent to the use of ALL the cookies.
Do not sell my personal information.
Cookie SettingsAccept
Manage consent

This website uses cookies to improve your experience while you navigate through the website. Out of these, the cookies that are categorized as necessary are stored on your browser as they are essential for the working of basic functionalities of the website. We also use third-party cookies that help us analyze and understand how you use this website. These cookies will be stored in your browser only with your consent. You also have the option to opt-out of these cookies. But opting out of some of these cookies may affect your browsing experience.
Necessary Always Enabled
Necessary cookies are absolutely essential for the website to function properly. These cookies ensure basic functionalities and security features of the website, anonymously.
Functional
Functional cookies help to perform certain functionalities like sharing the content of the website on social media platforms, collect feedbacks, and other third-party features.
Performance
Performance cookies are used to understand and analyze the key performance indexes of the website which helps in delivering a better user experience for the visitors.
Analytics
Analytical cookies are used to understand how visitors interact with the website. These cookies help provide information on metrics the number of visitors, bounce rate, traffic source, etc.
Advertisement
Advertisement cookies are used to provide visitors with relevant ads and marketing campaigns. These cookies track visitors across websites and collect information to provide customized ads.
Others
Other uncategorized cookies are those that are being analyzed and have not been classified into a category as yet.
SAVE & ACCEPT
Close
Close